Short film clip of Chime Rinpoche in 2007 about Tibetan Buddhism in the West.

Also, a 50-minute extract from the Dalai Lama’s teachings given in Dharamsala, India in 2015. Based on Acharya Kamalashila’s Middling Stages of Meditation and Shantideva’s Bodhicharyavatara, the Dalai Lama (with the aid of a translator) speaks about vegetarianism followed by detailed instructions on how to sit in meditation and its development to the realisation of suchness and emptiness and the ultimate nature of things.

The programme runs for approximately 45 minutes and will be followed by discussion and tea. 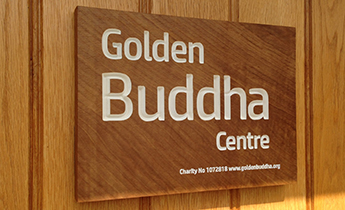