Hotei Pointing at the Moon

Pu-tai (Chinese), Hotei (Japanese) literally means ‘hempen sack’. He was said to have been a Chinese monk who lived in the tenth century. 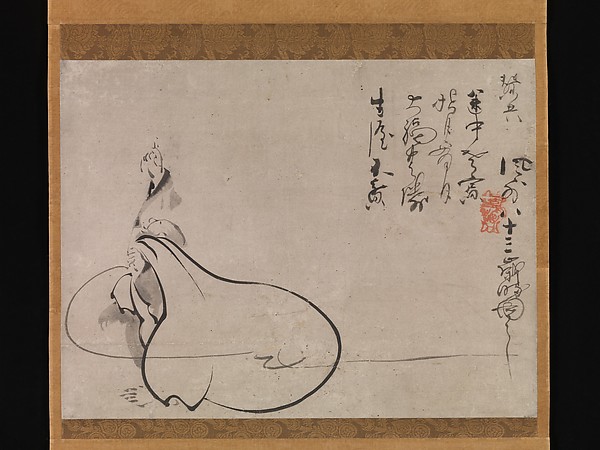 Throughout my life, I haven’t been poor
Nor have lived amid wealth.
Pointing at the moon, looking at the moon,
I’m just an old traveller along the way.

The portly monk Hotei is shown hoisting his satchel over his shoulder while he points a finger at the sky above, toward an unseen moon. The abbreviated brushwork and suggestive use of blank space were earlier associated with Zen monk painters of medieval times. The Zen monk Fūgai Ekun of the Sōtō sect followed in this tradition, and often inscribed his paintings in a highly cursive script.

The pronouncement he made, according to tradition, at the time of his death, revealed his identity as an incarnation of the buddha Maitreya:

From time to time appearing among men,

But by the men of the time unrecognised.

He is said to have reappeared after his death in other parts of China. Gradually monks and laymen, aware of his popularity among the people, began to make pictures of the monk with the hempen sack. The figure of the Laughing Buddha developed out of this. This figure is to be found today in every Chinese monastery.

[From: The Rider Encyclopaedia of Eastern Philosophy and Religion,  1999, Rider.] 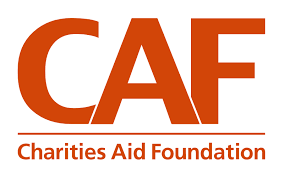