The Inner Silence, by Phiroz Mehta. 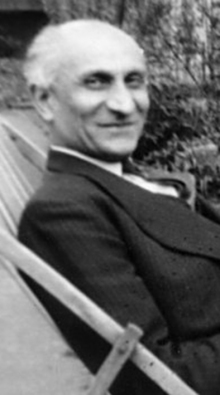 Film: A talk entitled, The Inner Silence, by Phiroz Mehta. In this deep and profound talk, Phiroz speaks of the ‘eye of the inner silence’, and the immeasurable love that transcends time, dimension and space. He also asks the question: Why do we turn to religion? What is it that makes us do that? And he speaks from the source of the major world religions that he has studied and practised.

[Phiroz Mehta (1902-1994) was brought up in the Zarathustrian religion. He had been a concert pianist early in life, but had to give it up due to ill health, then he became a schoolteacher, and finally a speaker and an author of several books on religion. He gave daily talks at the Buddhist Society annual summer schools, his last one being this talk in 1987.

He also gave monthly talks in his own home in London to which many people attended over the years. He was an outstanding individual, the likes of which are rarely seen.]

The film runs for forty-three minutes.